Here is a Ritual To release entities and black magic spells

Entities !  Thought Forms! Etheric Patterns!  What are they ? 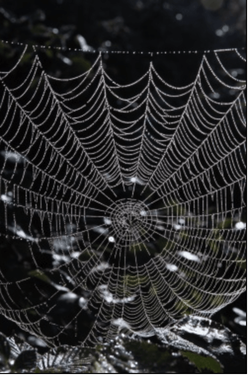 Entities are many things. They may have previously lived in some form as human, animal or plant. Sometimes they are non-physical spirits waiting to be formed for this dimension. We may encounter entities as Angelic Beings, Light Beings, or Spirit and Animal Guides that we may call upon for counsel. Others are mischievous creatures, such as Sprites and Nagas. For example, some feel that the entities we know as "Leprechauns" are such, and that humans, limited by our conceptual abilities, have given a more familiar form of "little people" to the entities. Entities can sometimes be a detached element of a living person's persona or animus and may attach to someone else.
If the energy in the room is warm or hot a apposed to cold it is probably an Elemental or Entity.
Here is a Ritual To release entities and black magic spells

Thought Forms
are usually a consciously formed structure that is created to interact with a living being. These forms can be positive, such as those a parent imparts to their children, or a healing form placed on an injury or illness. Often thought forms are created to convey a "curse," consciously or unconsciously. The power of emotional trauma and accompanying transference can make you feel or take on the energy of divorce; illness, bankruptcy, trauma or death. Skillfully constructed thought forms can be very complex and difficult to remove.

Etheric Patterns
often appear very similar to ghosts, however these are the energetic patterns left by someone or something that had very specific habits or repetitive movements. These patterns, unlike ghosts or entities, tend to be fixed in place. For example, if you move into a new home where someone else had a routine, day after day, year after year, of getting up, going to the bathroom and then going into the kitchen to put on the coffee; they may have left that pattern of energy, just like a worn spot on the carpet. This is a very simple thing to clear. Sometimes etheric patterns are caused by a sudden traumatic event, violence, or death.

An exorcism is a name that is most commonly used for removing a demon or negative spirit. It has always been associated with the rites used by the Catholic, or Orthodox Church. The name is also used by other churches which practice Christianity to indicate a form of banishing a evil spirit. It is still a ritual used for banishing, clearing or releasing a spirit except a priest or minister does the ritual in a Church approved fashion.

Banishing is a term used in magic and spiritual groups to send away an influence that you do not want in your life. It means that anything that is negative or makes you unhappy can be banished. The banishing can be a transformation of the individual’s life. It can be used to transmute and bring alive the life of a person to receive the good life, happiness and kindness that is blocked out of their life. It can also remove anything that is outside of them such as a demon or spirit that blocks good out of their life.

A cleansing ceremony is another form of banishing that is more intensive and includes cleansing the patterns that have created the evil. It is like being filthy and washing yourself and watching the dirt flow down the drain. It is gone forever and banished forever. It can be used the same as banishing in transforming a person’s life to something better. An example would be the Aura Cleansing article upon this website.

Spirit Releasement is when a spirit is trapped or using a person or house as a vehicle to traumatize others. Spirit Releasement is a fancy phrase that uses a combination of methods that are just for banishing, exorcising, or cleansing a house or person. It releases the energies, which is the same as the other rituals.

Spiritual House Cleansing is more general while Spirit Releasement, exorcisms, and banishings also include getting rid of demons, ghosts, and negative spirits. All of these feed off a persons life energies. Ghosts do this also trying to feel alive after they have died. It can cause health problems, mental problems, and unnatural illnesses to the people affected by these spirits.

The spirits can be attached to a house, land, place, or area. The energies change when certain things happen in an area. Demons occur in places of chaos and broken patterns in the life energies and elemental energies. They also occur where they have been conjured in the past and try to use the energies to manifest where they can access the energies of the living. Negative energies occur where there has been death, cursing or horrible things have happened that traumatize everything making it easy for demons to manifest.

Spirits and ghosts occur in places where they have lived, died, or wander trying to settle their life issues. They do not realize that their life is over and they should go to the light. They refuse the divine energies to try to do the one thing they feel they have to do. Traumatic deaths in battle, accidents, and murders also make it so they do not realize they are dead. Releasing the spirits to the light is the way to help them. All spirits are released to their version of the light not the persons releasing them. You will find there are different addresses in the afterlife and the beliefs of the dead are what sends them to the different places.

People draw these spirits when they are loved ones, or they live where the people died that manifest as the spirits. They can buy a house and find out that the spirits come along with the land. Many cases I have had the spirit is attracted to them by their trying to channel, use a Ouija board, or many other problems that are individual to each person.

Yet all cleansings, banishings, clearings and Spirit Releasement will release the spirits and energies. Lighten the peoples lives and open them to the good that can come into their life. I hope that you look at the photographs in the gallery section of this website. It shows spirits, ghosts, and demons in the different photographs.

It helps to bring alive what this article is about and how it can influence peoples lives.